Network nation: combining a physical state with a global network (Goals 5 and 6)

The first discussion of this series will be about challenges related to Armenia-Diaspora relationships, identity issues, and more importantly, how we connect Diaspora with Armenia.

Armenia’s wealth is not copper, molybdenum, or other natural resources; it’s the people living within and outside its borders. The challenges related to Armenia-Diaspora relations are simple but monumental at the same time. The simple one is this: is there a connection or not? The monumental part is, on the other hand, nuanced, complex, individual-based, and not as sustainable as we would like it to be.

In times of perceived stability, these questions are not pulled to priority, sometimes are not even discussed. But throughout our long history of having a diaspora, we’ve learned that this is a constant process; every step is like putting a brick at a time, building the relations.

What constitutes the Diaspora? Who speaks on behalf of Diaspora? There has been a constant misperception on behalf of most diasporans about Armenia and what it is. There is also a generational issue: younger diasporans seem to have more natural rather than made-up relations with Armenia. There is an emotional component that can be addressed as well.

When national identity is concerned, grief is more valued than triumph. To mention one example, when Armenia became independent in 1991, that was supposed to be the best news for the Diaspora, but that cast no impact on it whatsoever.

The reconciliation of associating Armenia with homeland should not be imposed over anyone; it should have a natural flow. The technology and the modern trends of the 21st century are enablers for more connectivity between Armenia and the Diaspora.

We need to create a learning environment. Looking at the example of Syrian-Armenians immigration into Armenia and how they brought an immense change in the restaurant and food services field. This shows an example of change that could be applied to other spheres.

Creating the environment should be institutionalized. The role of the diaspora in this sense is essential. We cannot miss out on the advantage of the Diaspora. In digital portals, networks should be created to connect and engage as many diasporans as possible.

But not to have misperceptions about Armenia, we must say that Armenia of 1991 is not the same in 2021. There is enormous potential, substantial scientific and research opportunities in Armenia. And it is not solely about the Diaspora coming and teaching Armenians. It will be a two-sided victory. 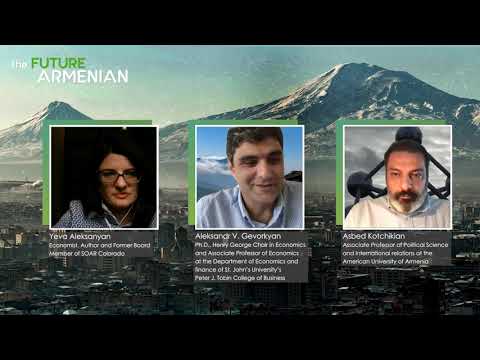