Meeting with the Community in Vanadzor

The Future Armenian Initiative has come a long way since its launch in April. After the elections, Armenia started a new phase. And in this phase, the mission for all of us is to form the vision for the future of Armenia we want to live in.

The 15 Goals include points not only on Armenia and its sustainable development but also about strong Diaspora and Artsakh. Armenia cannot flourish without a strong Diaspora. The emigration that occurs in Armenia happens in the Diaspora as well; Armenian-ness is getting lost. It is vital to use this most critical time for Armenia when there is no way back but only moves forward. When we join forces and effort with all the talented Armenians and friends of Armenians to build short, mid, and long-term goals that are practical, strategic, and pragmatic, more and more people will join, and there will be no other choice but to trust us.

One of the things the initiative is fighting against is indifference. And it is making much progress in that regard; the number of the signatories both in Armenia and outside and non-Armenians speaks for it. The involvement of around 800 high-rank specialists of different fields in the initiative is our token to reach the Goals that we set in front of us.

Being honest with ourselves about our situation, evaluating what we have, and what we will allow us to understand where we want to go. Finding and defining our drawbacks will not aim at criticizing something or someone; it will aim to look at the problem in the face; this is the only way we’ll solve our problems.

There is no clear agenda and strategy formed and presented to signatories or future signatories of the initiative because the initiative at its core wanted to give the platform to broad masses of people to participate in the discussion and formation of that agenda and strategy. This process might take longer and be less attractive for many to join. However, as a first step, what everyone can do is go over the list of the 15 Goals and make an assessment of abilities they have and the Goal(s) they can best apply them to. How much time and effort they are willing to put into this. And eventually spread the word and bring in new people.

Speaking on behalf of the Diaspora is difficult since the Diaspora is not one type; it is the various countries, periods, and ethnic locations Armenians appeared throughout time. And in most cases, we do not have an exact number of the representatives of the Armenian Diaspora. Thus an essential step would be to identify who and what we have inside and outside Armenia. And as a follow-up, encourage the repatriation of as many Diasporans as possible into Armenia. The Diasporan Armenians have to be granted the opportunity to take the responsibility and the rights of participating in state affairs equally to make them trust the situation where they give and get.

Trust in the institutions we deal with daily is vital. The other side of the issue is how the institutions collaborate with the network. Both these issues arrive at a critical point where we have to decide how much we are ready to accept that reality. This is a mentality issue that is harder to overcome.

The initiative is not an organization; this is a movement. In the meantime, the initiative is not an all-curing medicine and will not take up the state’s role. As we all see, the scale and the number of problems Armenia faces nowadays is too much for anyone state to deal with. The question here is how we will pose the cooperation with the state, what will be the channels that the private and public can cooperate effectively, and how each party’s roles are distributed.

Armenia 2020 gave birth and carried out 700 projects in Armenia over the past 20 years. We can be proud of various separate achievements within that initiative. However, the overall initiative failed uniquely. It was not criticized nor rejected. It was praised and put aside. The mistake of the initiative was that we did separate big-scale projects, like the Tatever Ropeway and others. Still, overall none of the projects had a significant impact on the country as a whole.

Each region in Armenia has its specificities. We have to find that specificity for each region and bring in a project that will work in that direction. Projects bring life and changes with them.
Armenia currently has almost no say in the negotiations for the Artsakh conflict. And the Diaspora, as such, is representing Armenia in the Artsakh issue; therefore, currently, we have almost no say in this. But what we can do is to build a strong Armenia with which our neighbors will have to count. To have a strong Army will imply using all the power we have.

More than restoring and preserving the cultural heritage, we need to work and change our mentality – the root cause and solution to our problems. 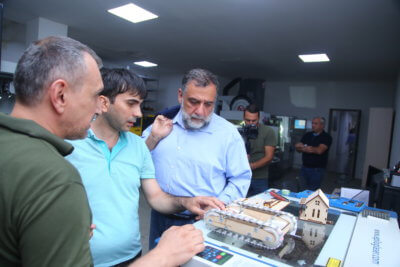 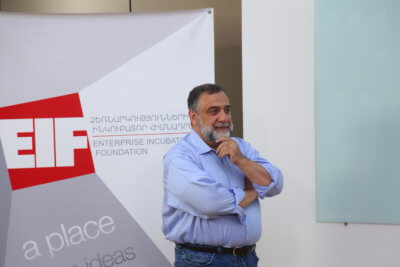 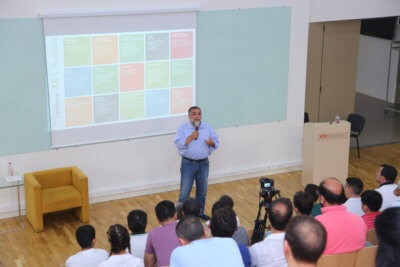 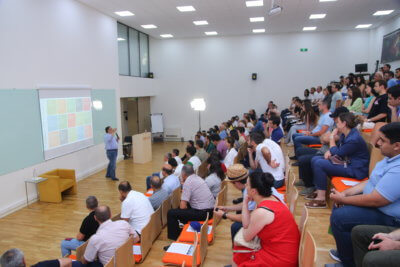 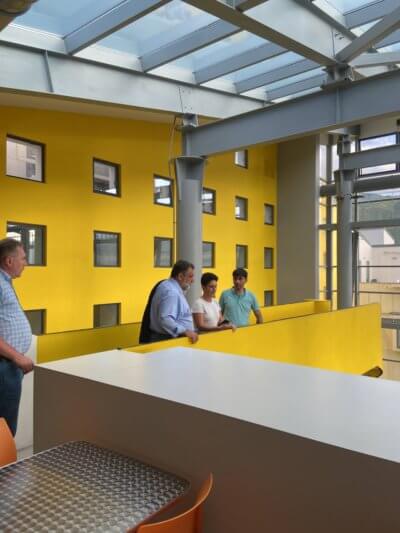